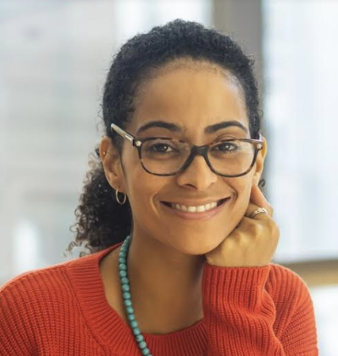 Emily served as a Community Economic Development volunteer in El Salvador from 2013-2015. She worked with two women's savings groups and a youth group to grow organizational capacity and leadership skills. Along with peers Emily adapted the curriculum for a "Men As Partners" conference, and designed entrepreneurship programming for youth and women. During year two she mobilized community groups to establish the first municipal library, expanded the pueblo restaurant, and incentivized the use of bamboo for income generation. Emily is now an Organizational Effectiveness consultant and owns a resume writing platform that offers coaching targeted at high school students and early-career professionals. She recently hosted our annual Story Slam. 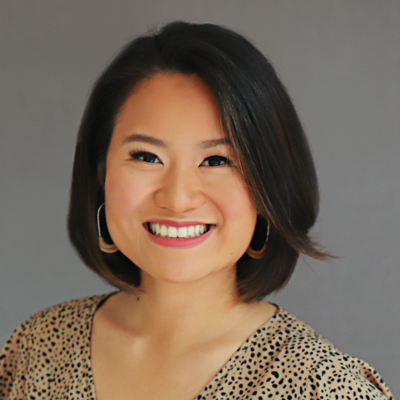 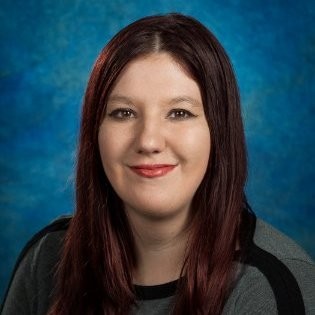 Nina Boe served as a PCV in N. Macedonia 2018 - 2020 in the Community Development sector. She lived in the Skopje municipality of Shuto Orizari and worked with nonprofit organizations Roma Rock School and Romaversitas. Prior to her service, she finished her Masters in Public Administration at the University of Washington with a focus on international development and nonprofit management. During this time she interned with Sahar Education and was also part of a student consulting team for Atlas Relief and Development International. After Peace Corps' 2020 global evacuation due to the COVID-19 pandemic, Nina moved to New York City and currently works for the Tanenbaum Center for Interreligious Understanding as a Workplace Program Associate. In her free time she pursues hobbies such as language learning, photography, and writing. 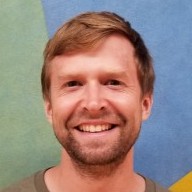 Josh Voges is originally from Chattanooga, Tennessee and put his name in the hat for the Peace Corps just before graduating from the University of Georgia. He was excited to land a position in Morocco working with local artisans as a small business development volunteer from 2010-12. That experience led Josh to pursue a career in inclusive economic development. He received a master's degree in international political economy and development from Fordham University and has lived in New York City ("on and off") ever since. Josh is currently an advisor with an international humanitarian and development agency where he designs and facilitates innovative private sector partnerships. He lives in Brooklyn with his domestic partner whom he met, naturally, in the Peace Corps. 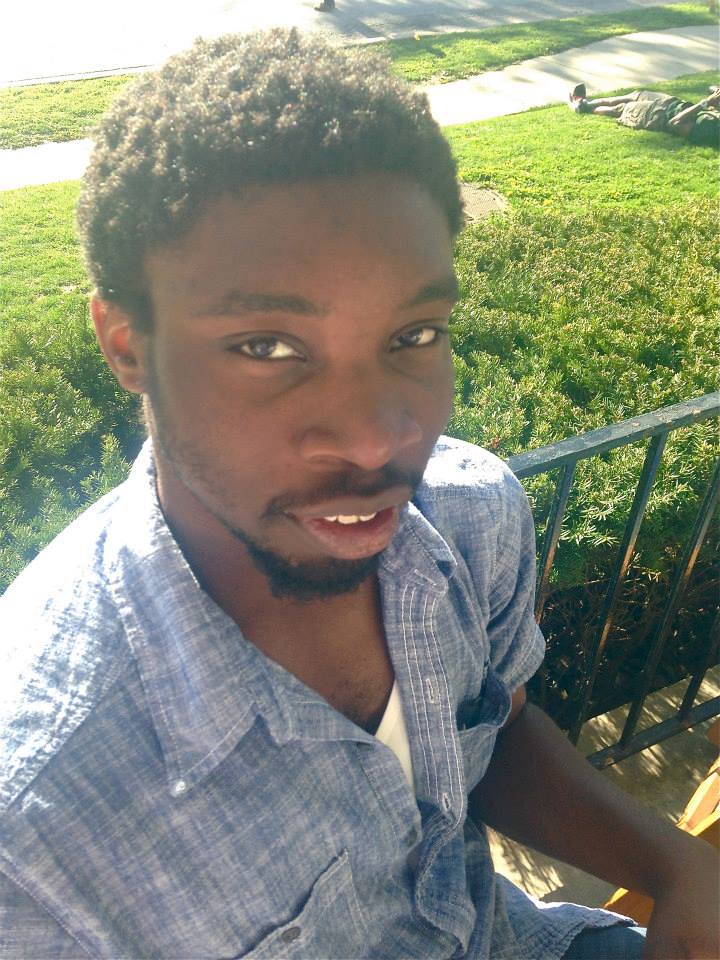 Ronnie is a RPCV who served in the Eastern Caribbean from 2018 until the covid pandemic forced all volunteers to be evacuated. As a volunteer in St. Lucia, Ronnie worked as a co-teacher in a Primary School. Before joining the Peace Corps, Ronnie worked as an educator in a variety of capacities and contexts. Now back in New York, his hometown (Ronnie is a Brooklyn and Queens native), he is currently working on a completing a Master in Teaching Social Studies at Teachers College through the Peace Corps Fellows Program, writing curricula for a non-profit organization, and preparing to return to the classroom as a teacher in the fall. 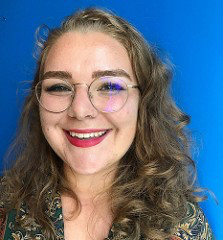 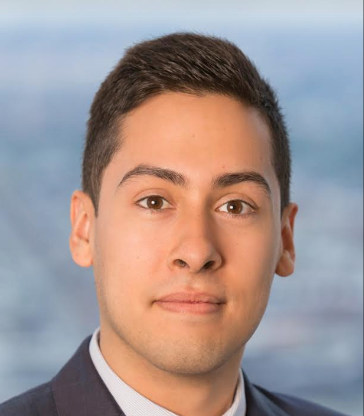 Lenny served as a Community Economic Development Consultant in Peru from 2013 – 2015, establishing micro-credit groups, consulting various small businesses, and teaching financial education and entrepreneurship to groups including adolescent mothers, the elderly, and college-aged students looking to start a business. Lenny was also the Chair of the Volunteer Advisory Committee in Peru, facilitating communication and policymaking affecting the Peace Corps volunteers in country with Peace Corps senior staff, including the Country Director and the Directors of Management & Operations, and Programming and Training. He currently is a Grants Associate at the Citi Foundation, working in grants management for the $104MM grant portfolio, as well as board governance and finance and operations. 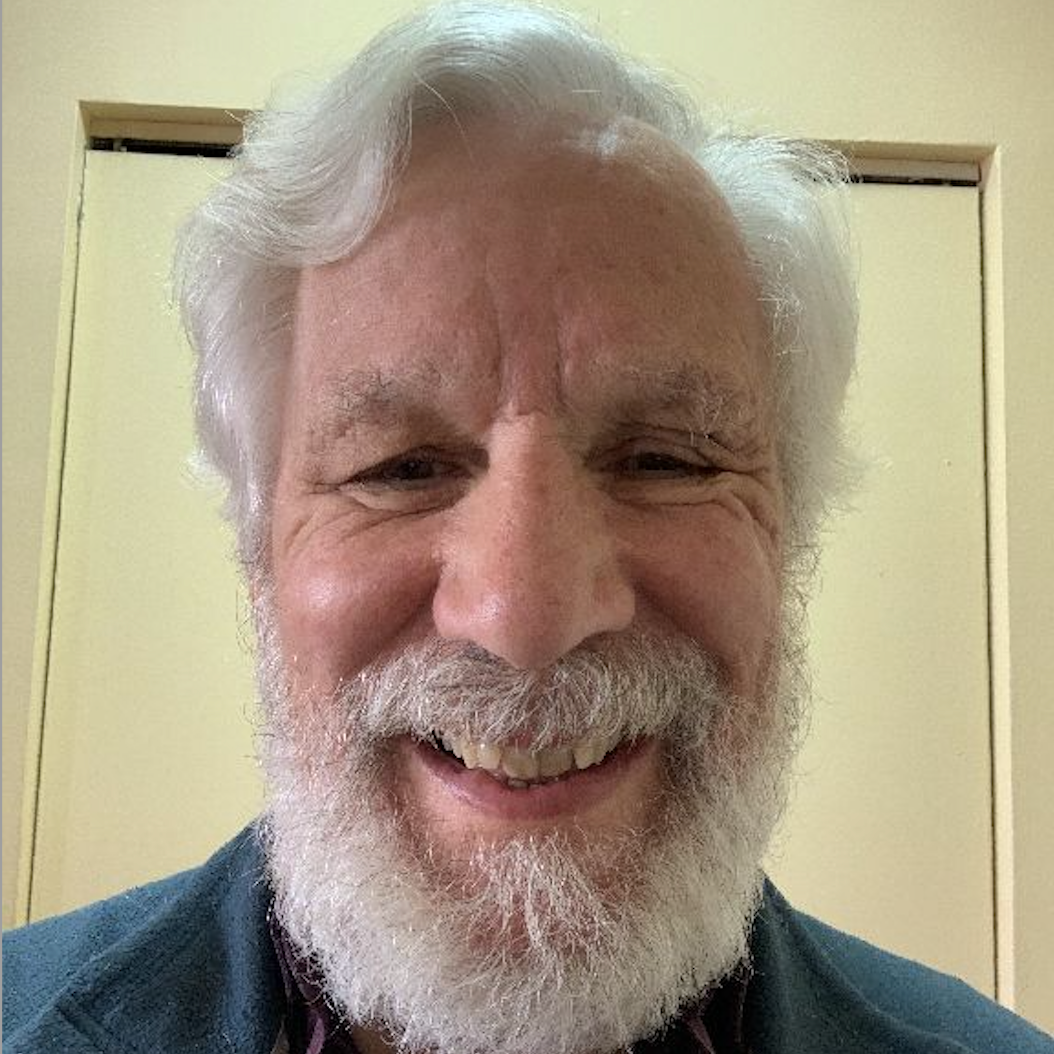 Brian Gately, CEO of Brian Gately Credit Union Consulting Services, served in Medellín, Colombia from end of '72 to beginning of '75 in the small business/cooperatives program. Most recently (2020) he has worked extensively with Native American credit unions, involved with the chartering of Lakota Federal Credit Union (Pine Ridge, South Dakota) and Northern Eagle Federal Credit Union (Bois Fort, Minnesota).  He’s also worked with Native American credit unions in Wisconsin, Arizona, and Oklahoma. Mr. Gately grew up in Texas, San Antonio and Houston, and has a BA degree from the University of Houston in International Business.   He also studied doing post-graduate non-degree studies at Harvard Extension University in Massachusetts. (History, Taxation, French).   Since 1998 he has lived in Brooklyn, with his wife of 40 years, Louisa. 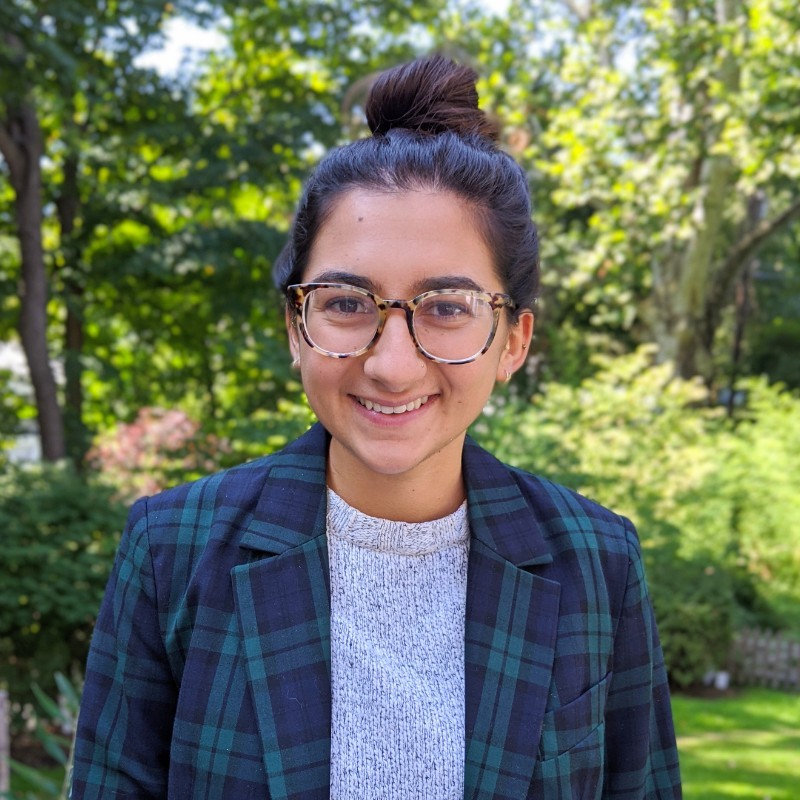 Adriana served as a Youth Development volunteer in Morocco from 2017-2019. What started off as learning how to make homemade couscous and practicing  Arabic, eventually turned into a partnership with a local gym association to develop and implement an outdoor leadership education program, bringing the first girls from her site to summit the highest peak in North Africa, Mt. Toubkal. Most recently, Adriana worked with an NGO in Afghanistan as their Country Program Manager, managing and overseeing programs for Afghan females to build leadership skills, reclaim public space, and participate in adventure sports around the country. After returning from Afghanistan in June, Adriana moved to Brooklyn and now works in communications and development for the Arab-American Family Support Center. In her free time, she enjoys finding the best food in Queens, bouldering, and exchanging voice memos with her host family back in Morocco. 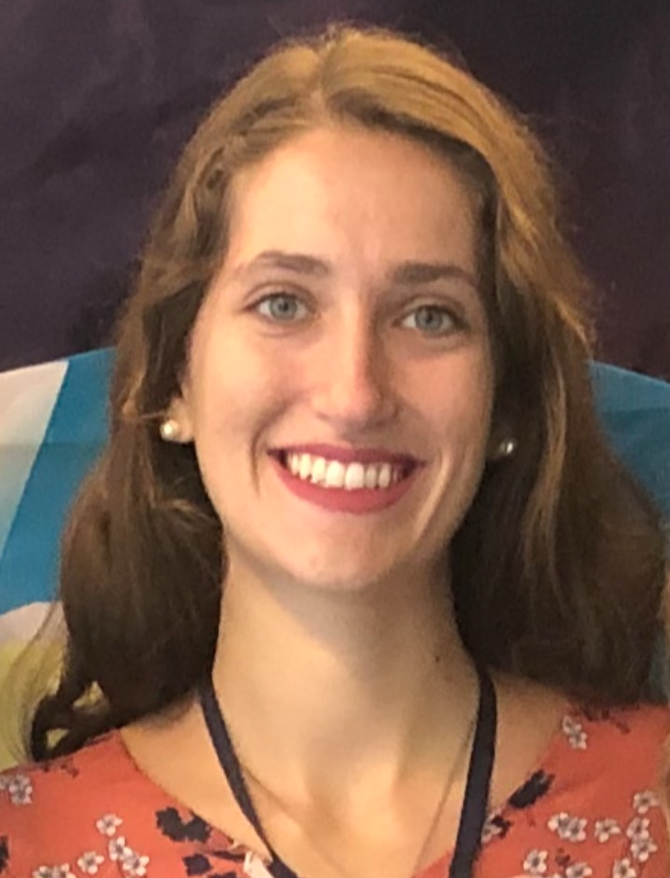 Edith served as an Education volunteer in coastal Colombia from 2018-2020. She collaborated with English teachers to revamp the curriculum and incorporate dynamic methodologies using technology, which led to a grant (from USAID and local funding) to construct a community technology English lab. Her secondary projects included a Zumba fitness group, children's library club, and GLOW, and a language exchange that continues post-Peace Corps via Zoom. Edith currently works as a middle school Math and Science teacher at a dual-language school and is studying Bilingual Education at Teachers College, Columbia University through the Peace Corps Fellows Program. When she isn't working, Edith enjoys running in New York and exploring new places. 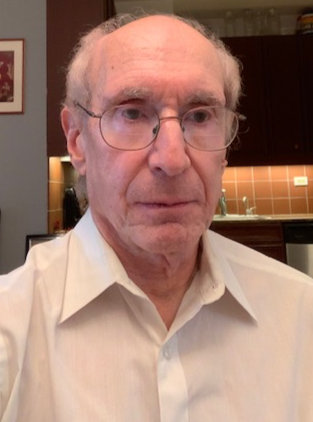 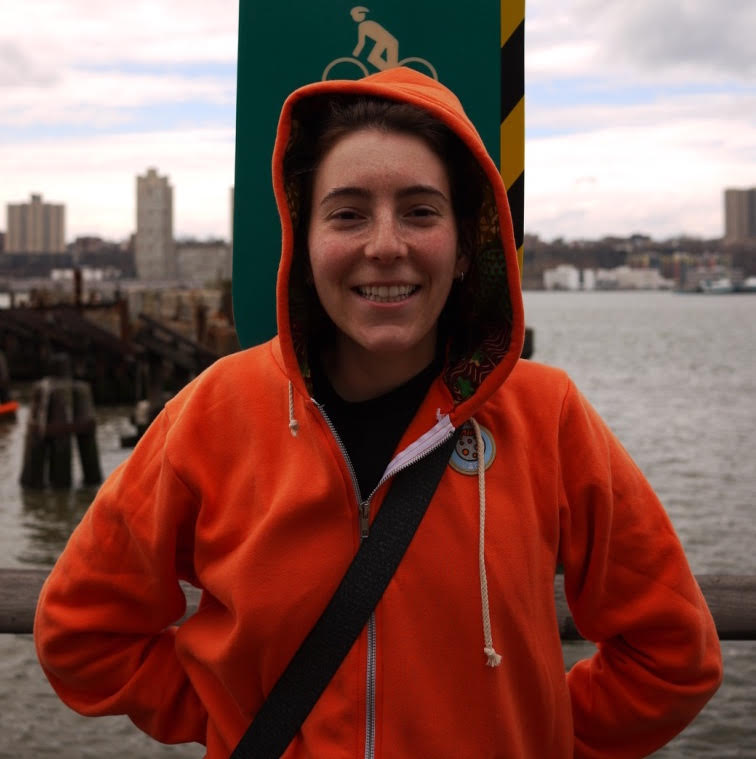 Veronica is a born and bred New Yorker who served as a youth development volunteer in Jordan (2011-2014) following her graduation from Middlebury College. She received her MA in International Political Economy and Development from Fordham University in 2016. Since then, she has pursued her interest in gender equality and humanitarian assistance professionally. After working abroad for several years, Veronica had the great luck to return home to NYC, where she is currently based. 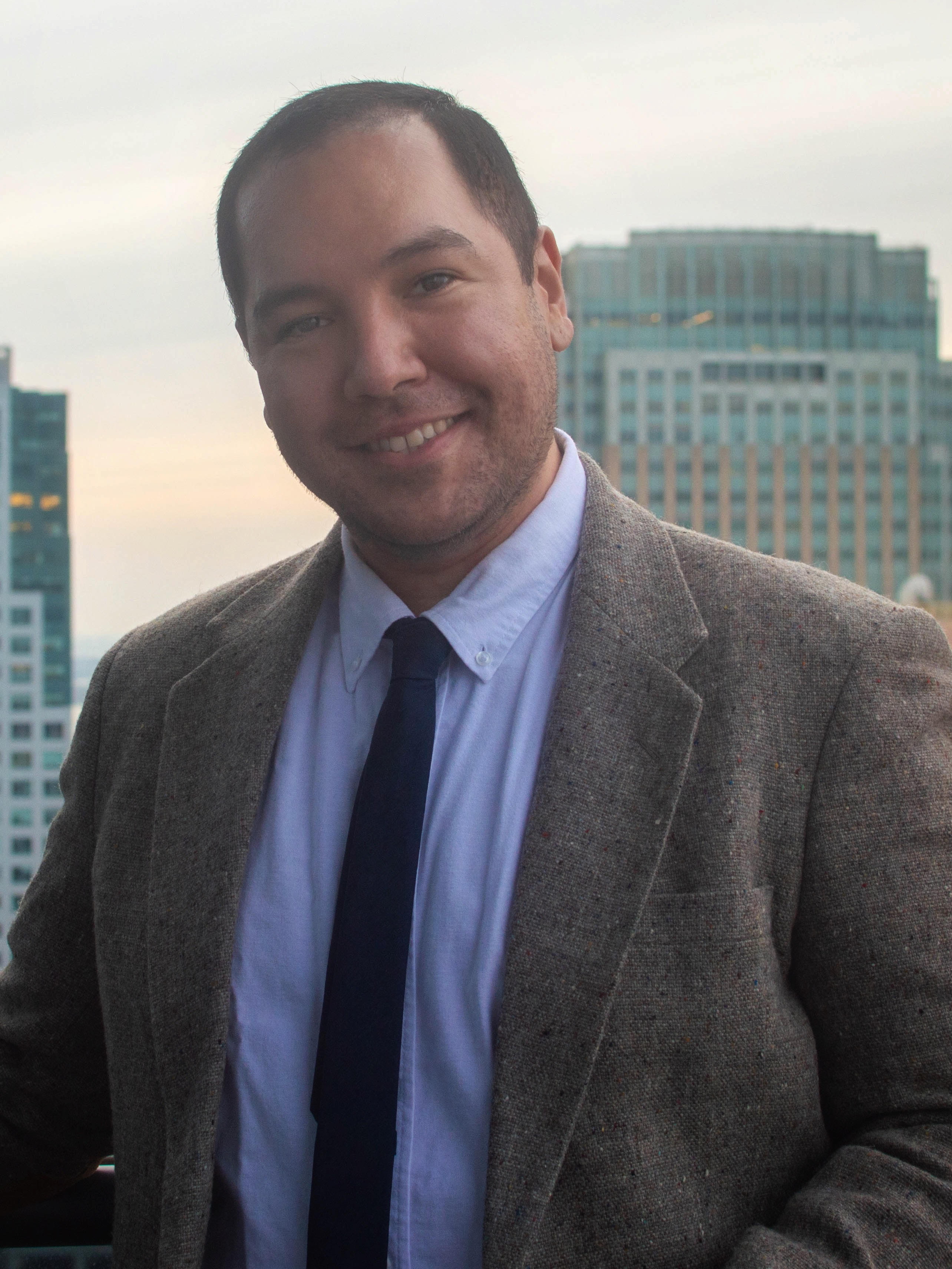 Waldemar served as a Peace Corps Volunteer in Morocco from 2013 to 2015. He was a youth development volunteer and was based in the southeast region of the country in the Sahara Desert.  Waldemar returned to the US and was the Administrative Director for a boutique commercial real estate law firm. After graduating with his Master’s degree from NYU’s Center for Global Affairs, he served as a consultant and community advisor for a presidential campaign, then worked for the Small Business Administration as a consultant for businesses impacted by the Covid-19 Pandemic. He transitioned to a career in real estate and is a licensed agent at Platinum Properties NYC.

Waldemar has dedicated much of his free time towards community service and activism, ensuring that he helps support the communities that raised him. 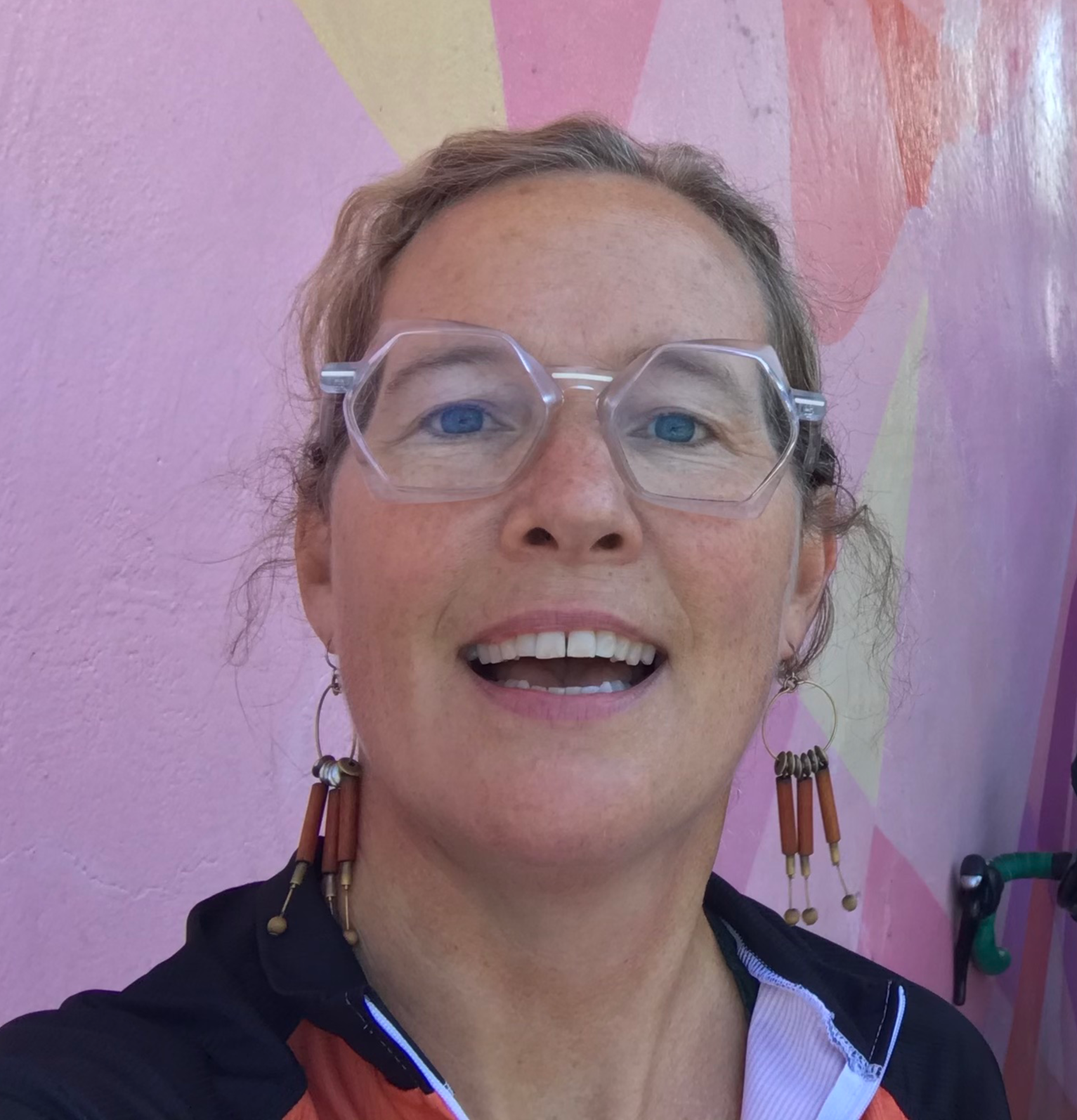 US Peace Corps in Niger West Africa 1991-1993 as a Health Extensionist. She provided nutritional counseling and hygiene education in Hausa--serving women and children residing in the village of Azarori Niger. Amy is originally from Seattle, WA and received her BA degree from Washington State University in Therapeutic Recreation.  She is currently employed as a recreation therapist and program coordinator for The NYU Family Support Program, providing creative engagement for people living with dementia in NYC. Amy is a self taught watercolor painter, active professionally since 2000. She teaches painting privately and presents her work in regional and national watercolor competitions. Amy has been residing in New York City since 2017. 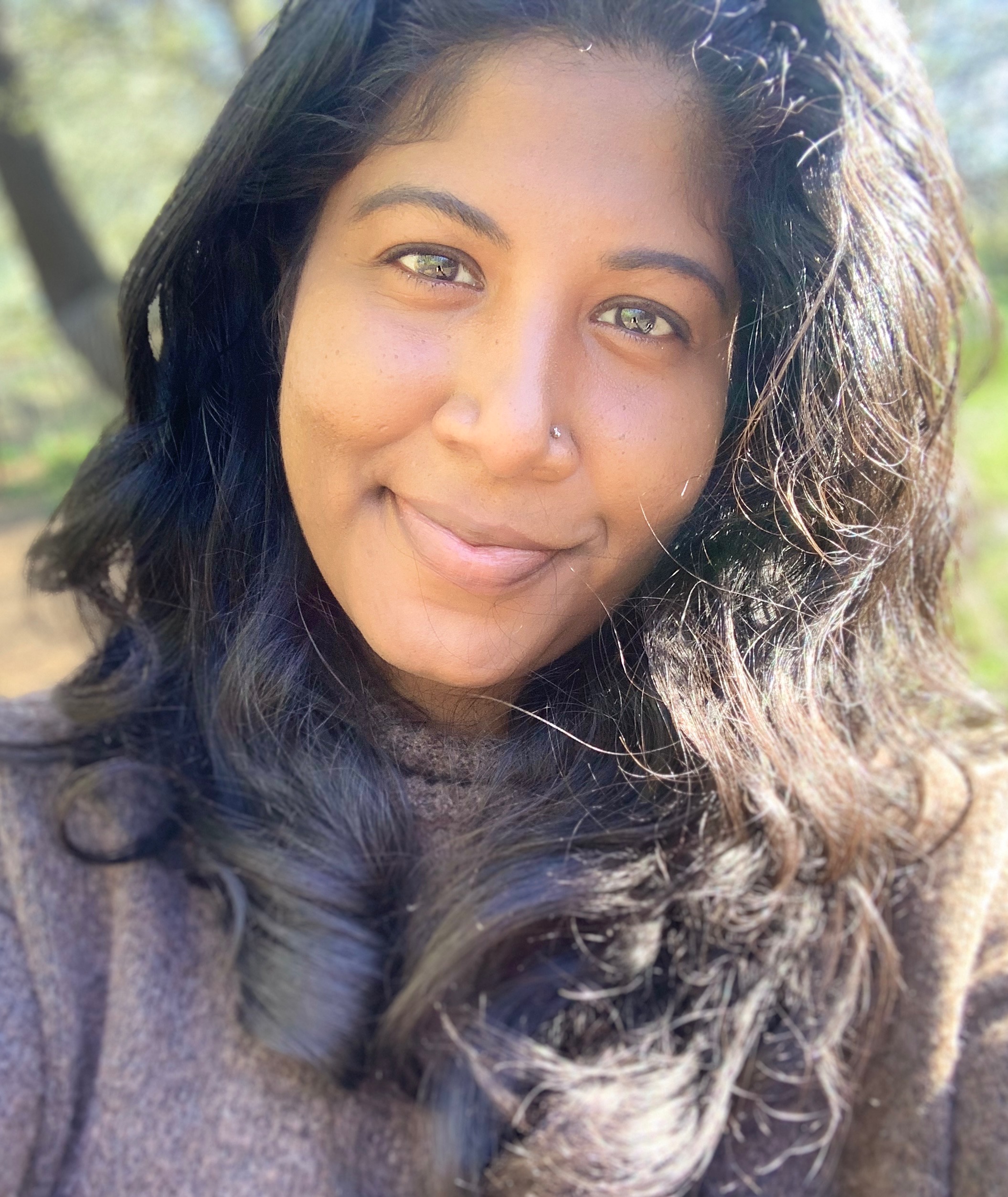 Nishat served in Morocco as a Youth Development Volunteer from 2016-2018. During her service, she fostered relationships with local leaders and teachers to partner on joint community projects. Among the projects she spearheaded included a new middle school library and several youth programs on English-language learning, life-skills, environmental conservation, fitness, STEM, and the arts. One of her favorite programs in Morocco is CLIMB  - an environmental and leadership program that led 20 Moroccan youth to summit Mt. Toubakal, the tallest mountain in North Africa. Since returning stateside, she became more involved in local politics and progressive campaigns. She currently serves as the Program Coordinator for the Fund Excluded Workers (FEW) campaign through Make the Road New York, which is fighting to expand the social safety net for excluded workers in New York who are barred from traditional unemployment insurance. Nishat was also selected as a National Urban Fellow to complete her M.A. in Policy Management from Georgetown University in 2020 and holds a B.A. in International Development from City College of New York (CUNY). During her free time, she enjoys volunteering in her neighborhood in the South Bronx, traveling and enjoying time with her family and 2 dogs. 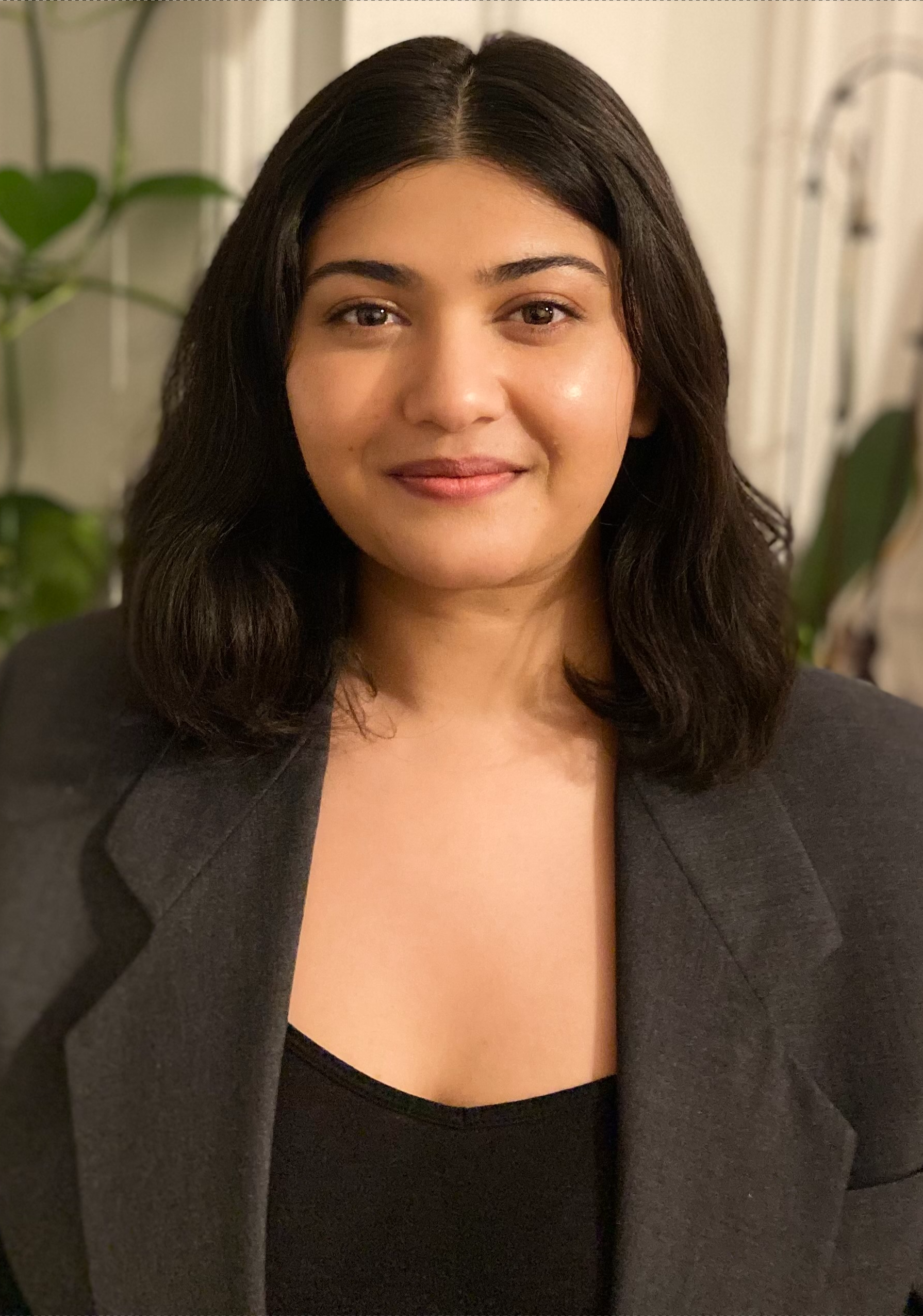 Soumya served as a Community Economic Development and Food Security Advisor in Madagascar from 2016 to 2019. Her third-year extension was focused on baseline creation efforts for Madagascar’s clean energy requirement highlighted in the United Nations’ Sustainable Development Goal 7. She currently works at New York City’s Economic Development Corporation in their Initiatives department promoting Smart and Sustainable Cities. Her previous work involved Operations and Supply Chain management for food companies and restaurants. She has an Applied Economics degree from the University of Minnesota focusing on Agriculture & Food Business Management and Sustainability Studies. Soumya is originally from Wisconsin, and the ultimate fan of long walks, great food, traveling, and the arts. 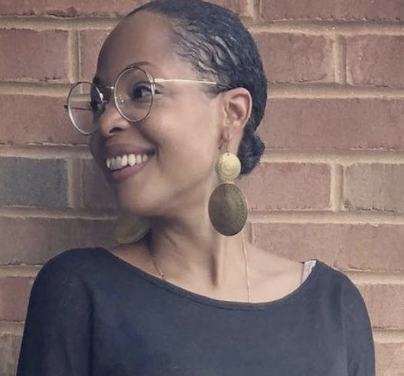 Njemile served as a Response volunteer in Ukraine from 2018-2019. In her primary role she delivered professional development and coaching to the staff of 100% LIFE, Kryvyi Rih – assisting the organization in winning three grants to test, treat and suppress the local HIV epidemic. In her spare time she supported camps OHALOW and American Days and coordinated English language instruction for local patrol police and officers. Njemile now works for USAID where she collaborates with her colleagues to close the global digital divide. 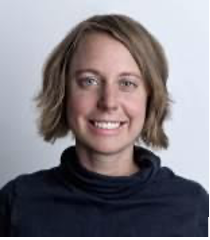 Sarah served as a Community Development volunteer in Macedonia from 2005-2007. Sarah worked with local NGOs and schools to focus on reproductive health, gender empowerment, and anti-trafficking initiatives. Sarah helps produce the group’s annual storytelling show, where RPCVs take the stage in front of a live audience. This past year, Sarah became a storyteller and took to the stage to share her story about why she joined the Peace Corps.